The rivalry between the Albion Purple Eagles and the Medina Mustangs is legendary! It has been going strong for decades and still runs deep in the blood of every proud Purple Eagle – past or present! Back in the early days, the highlight of the season was the big Thanksgiving day game between Albion and Medina. In later years, it was the best part of Homecoming week with parade floats declaring our intent to defeat the dirty Mustangs and coffins or “dead” dummy football players left at the Mustang’s doorstep. However it is displayed, the rivalry runs deep and is alive and kicking still today!

Well, here are some random shots of sports in action from AHS Chevrons through the years!

References to the rivalry can be found as early as 1916 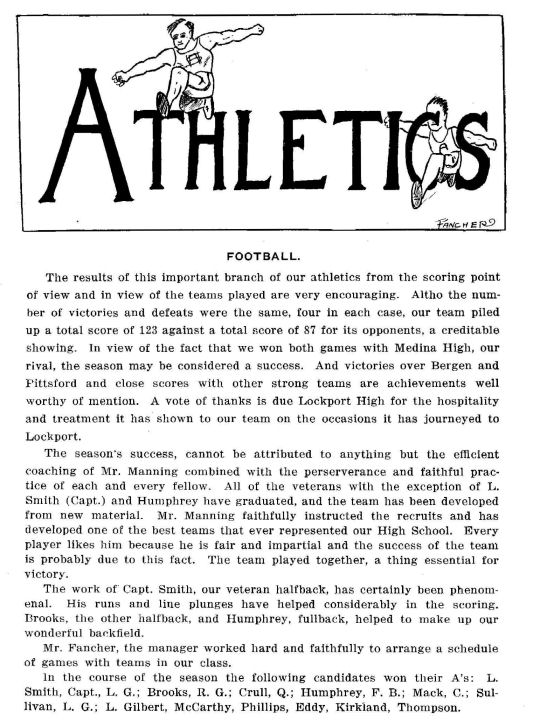 In 1929, they wrote in detail about the annual Thanksgiving Day Classic 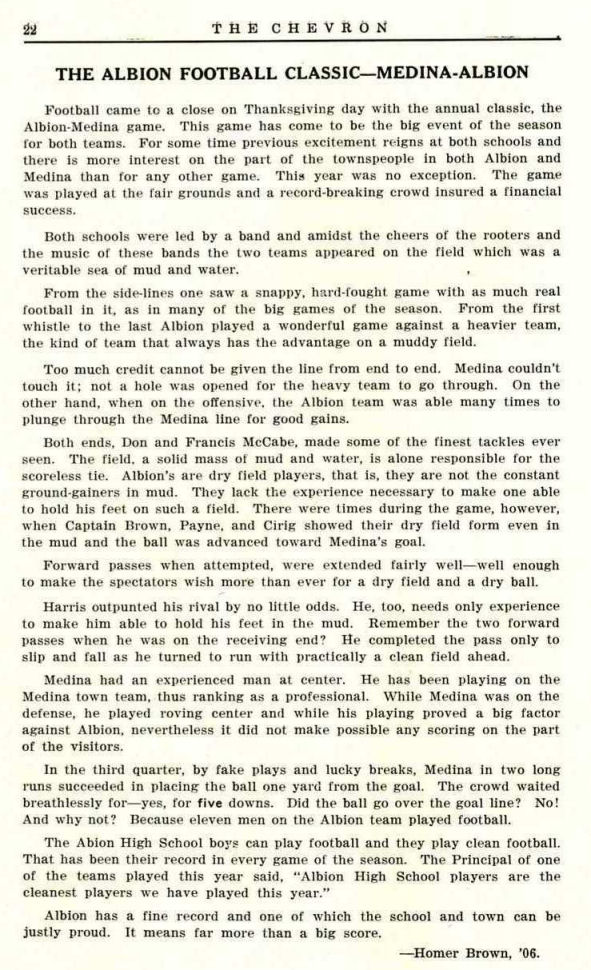 Another write-up about the annual Thanksgiving Day Classic

In 1935, the Thanksgiving Day Classic ended in a TIE, but Albion still won a “moral victory” 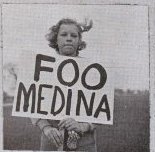 This classic photo appeared in the 1970 Chevron 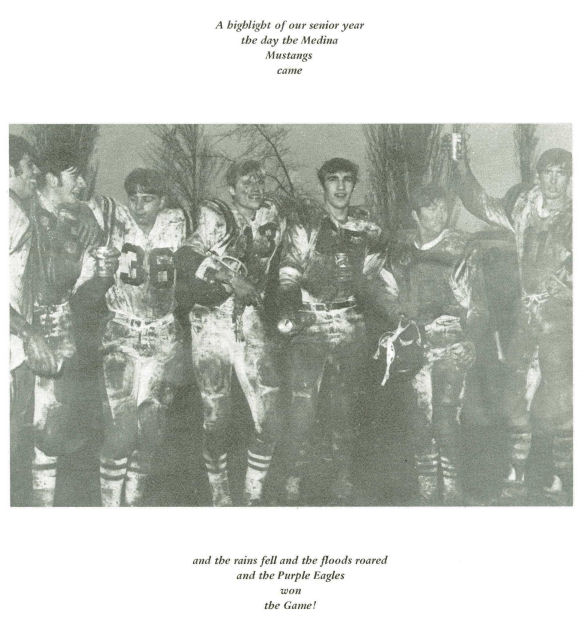 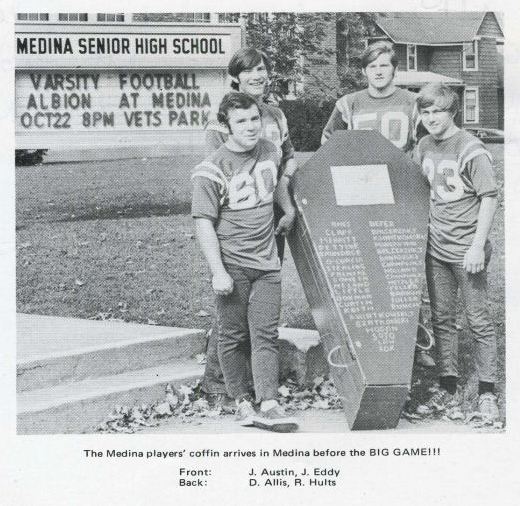 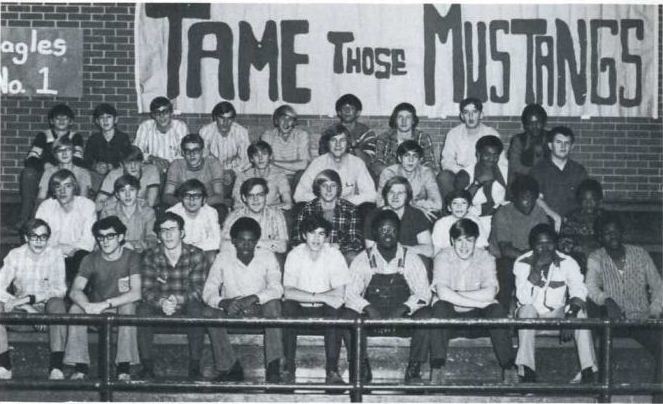 In 1974, the class of 1977 decorated their parade float with “Poor Mustang, Dead and Gone”

Jim Benedetti, class of 1980, offered up these photos 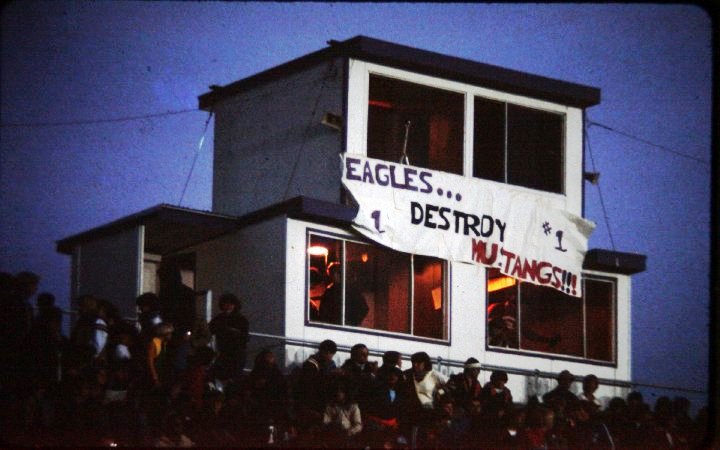 If you have any great photos documenting the Albion/Medina Rivalry, we’d love to share them —- you can email them to kimwrightpritt@aol.com!