On Tuesday, August 1, 2017, the Albion HS Alumni Foundation held their third annual event to honor our scholarship donors and recipients. This year, for the second year in a row, the event was held at the home of Charlie and Kim Nesbitt. Four scholarships were selected to be honored – three families representing the donors and three of the students who received them and their families were able to attend. This annual event provides a unique opportunity for the donors, recipients, and members of the Foundation’s Board of Directors to have one-on-one time meeting and talking to each other in a casual setting that fosters discussion, appreciation, and sharing of ideas and advice, as well as a chance to thank donors for their continued support and confidence in the Foundation’s efforts to bring valuable scholarships to the students of Albion High School.

This scholarship, established in 2008, is in memory of Lee N. Minier, Ph.D. in Cell Biology and Anatomy. Because of Lee’s lifelong thirst for knowledge and for a deeper understanding of the complexities of the universe, the recipients of this scholarship demonstrate a true love and respect for the sciences, in particular Biology, Paleontology, Astronomy and Chemistry. Thank you to the family of Dr. Minier for their generous support of the AHS Alumni Foundation.

Attending the reception to represent the Minier Scholarship were Mrs. Meredith Minier and her daughter, Marissa Minier Olles.

Jared Hollinger:  Jared, the son of Jim Hollinger, is the 2017 recipient of the Dr. Lee N. Minier Science Scholarship. He is planning to attend St. John Fisher College, majoring in Biochemistry. 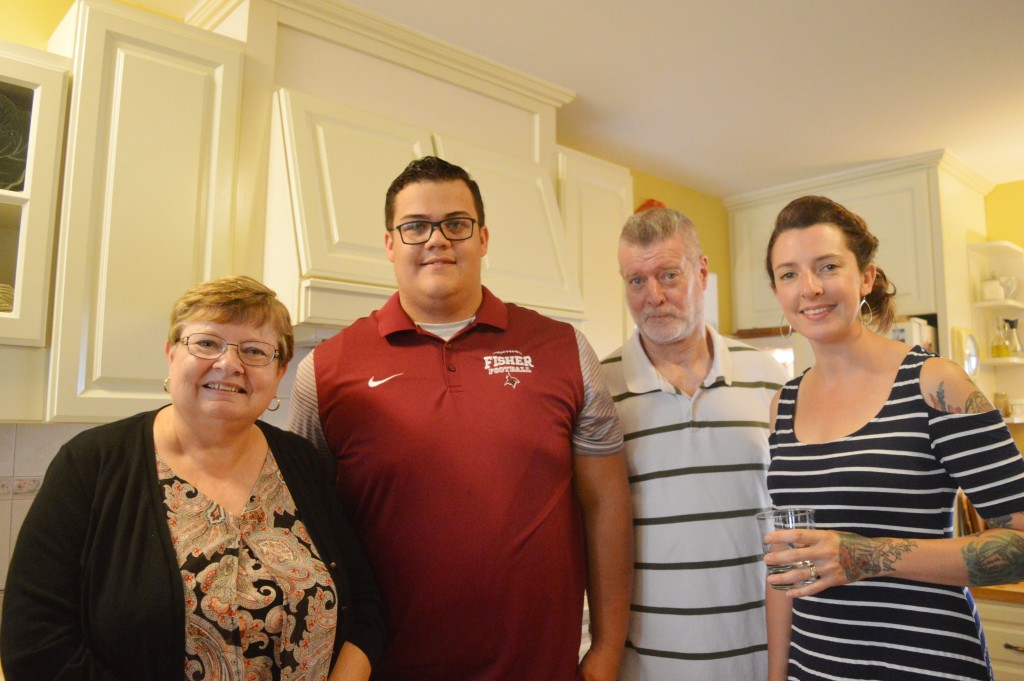 This scholarship, established in 2012, is in memory of Harry W. Salchak, who taught earth science, chemistry and physics at AHS for 35 years. This scholarship was established and funded through Mr. Salchak’s students, friends and family who wish to recognize all teachers who strive for excellence in teaching. It is awarded to an outstanding graduating senior who demonstrates a passion for the sciences and who will be enrolled in college majoring in and pursuing a career in a science or engineering field. The Foundation thanks the Salchak family and other donors for their generosity and support.

Jared Hollinger:  Jared, attending with his father, Jim Hollinger, is the 2017 recipient of the Harry W. Salchak Science Scholarship. In addition to his studies in Biochemistry, Jared plans to play football for St. John Fisher College. 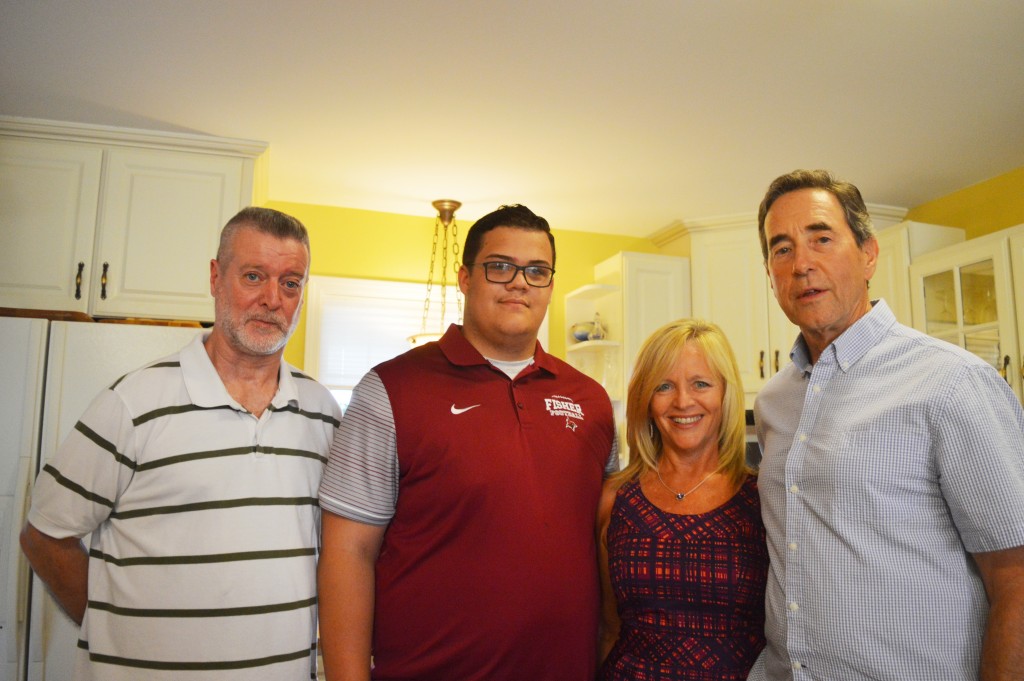 This scholarship was first awarded in 2017. “Anything worth doing at all is worth doing well.” That was Ralph Poelma’s quote in the 1934 Albion High School Yearbook. And that’s the spirit with which Ralph and Pearl Poelma lived their lives. Whether it was working hard on their diversified farm into their late eighties, or being actively involved in their church, the Albion Lions Club, Red Cross blood drives, or many other community service opportunities, Ralph and Pearl Poelma were exemplary role models for a positive work ethic, integrity of character, active community involvement, and a genuine concern for others. This scholarship was established in their memory by their family and is presented to a senior who has demonstrated in his or her high school years the same important values the Poelmas exhibited in their lives. The Foundation thanks their generous gift and continued support.

Attending the reception to represent the Poelma Scholarships were Mr. and Mrs. Linwood Poelma.

Emily Blanchard:  Emily, the daughter of Bruce and Jen Blanchard, is the 2017 recipient of one of two Ralph and Pearl Poelma Good Neighbor/Community Service Scholarships. Emily plans to attend Cornell University, majoring in Industrial Labor Relations. 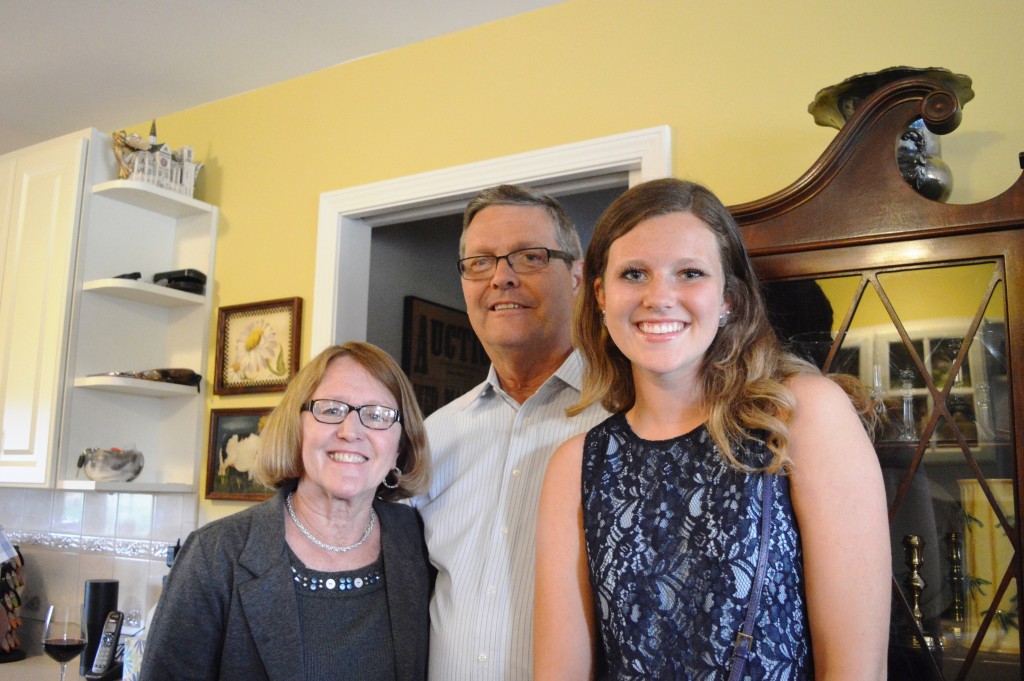 The Jake and Anna Vreeburg Scholarships:

These scholarships, first awarded in 2017, have been established in memory of Jake and Anna Vreeburg by their family; instilled in us the value of education, which gives you a jump start in life and provides a safety net toward your future. They exemplified the American dream; our parents emigrated from Holland in 1950, became citizens in 1955, had a sustainable slaughterhouse business by 1960, and also moved into their own home in 1960. After Jake’s death, Anna stayed in Albion to raise her seven children. This is a time for us to give back to the community that provided guidance, friendship, support, and a sense of community. These scholarships are awarded to graduating seniors who have a strong passion for their chosen field of study and who have demonstrated a commitment to community service. The Albion HS Alumni Foundation is thankful for the Vreeburg Family’s generosity and support.

Unfortunately, the Vreeburg family was not able to attend the reception.

Donato Rosario:  Donato, the son of Donato and Isabel Rosario, is the 2017 recipient of one of two Jake and Anna Vreeburg Scholarships. Donato plans to attend Monroe Community College and then transfer to SUNY Brockport. He will major in Emergency Management Services / Fire Service and then Critical Care Nursing.

Kari Ashworth:  Kari, the daughter of Debbie Grimm and Bob Ashworth, also received a 2017 Jake and Anna Vreeburg Scholarship. Kari plans to attend SUNY Brockport, majoring in Journalism. Unfortunately, Kari and her family were unable to attend the reception. 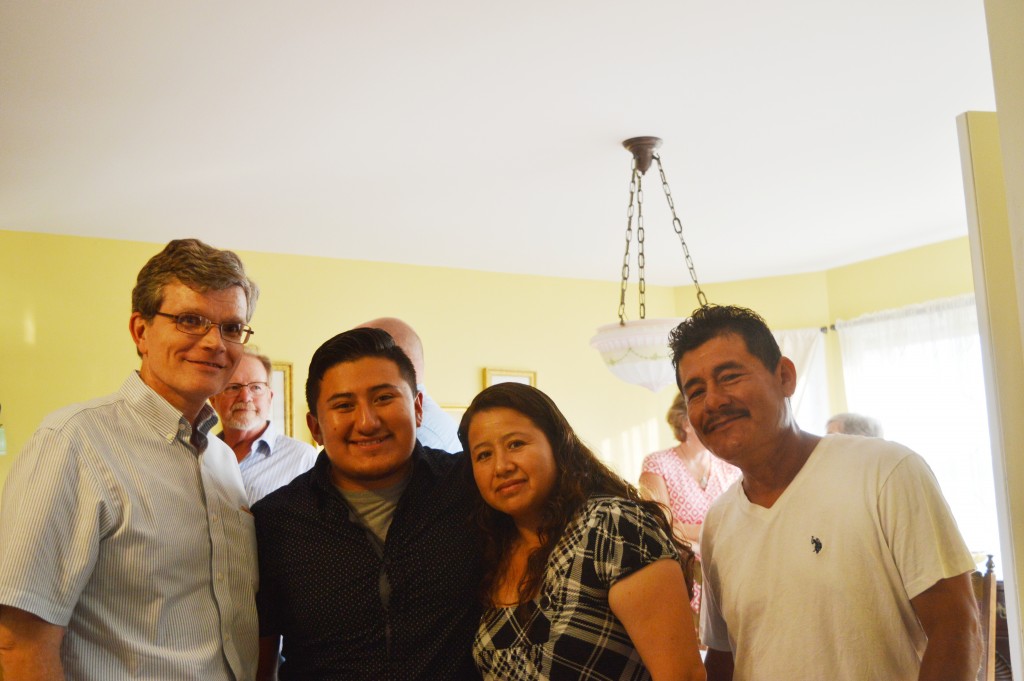 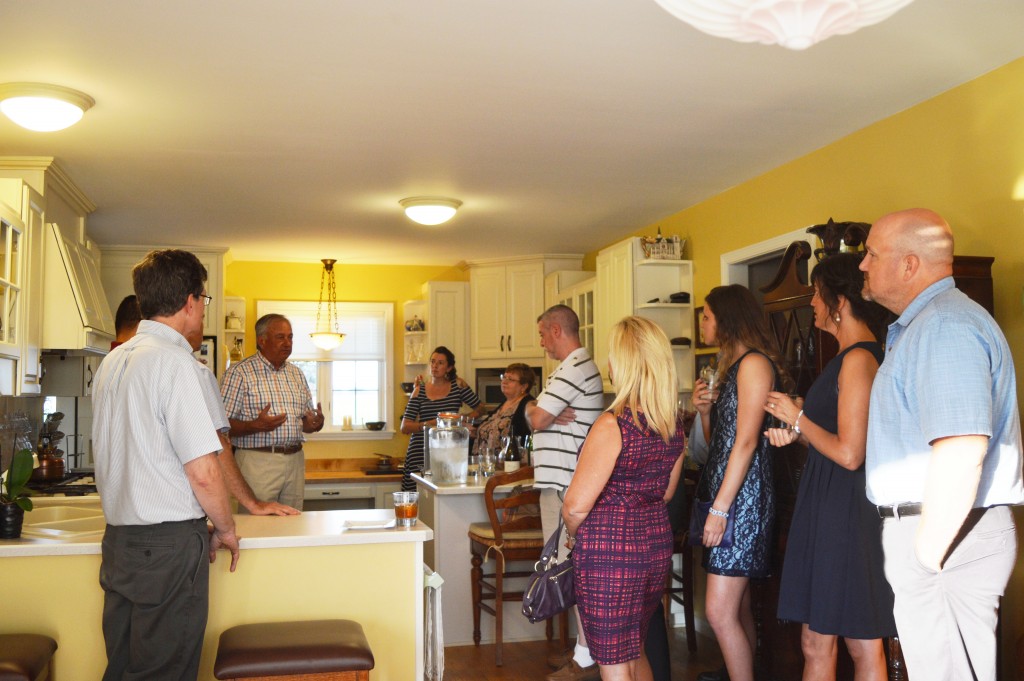 Charlie Nesbitt, AHS Alumni Foundation Board Member and host for the reception, welcomes the honored guests. 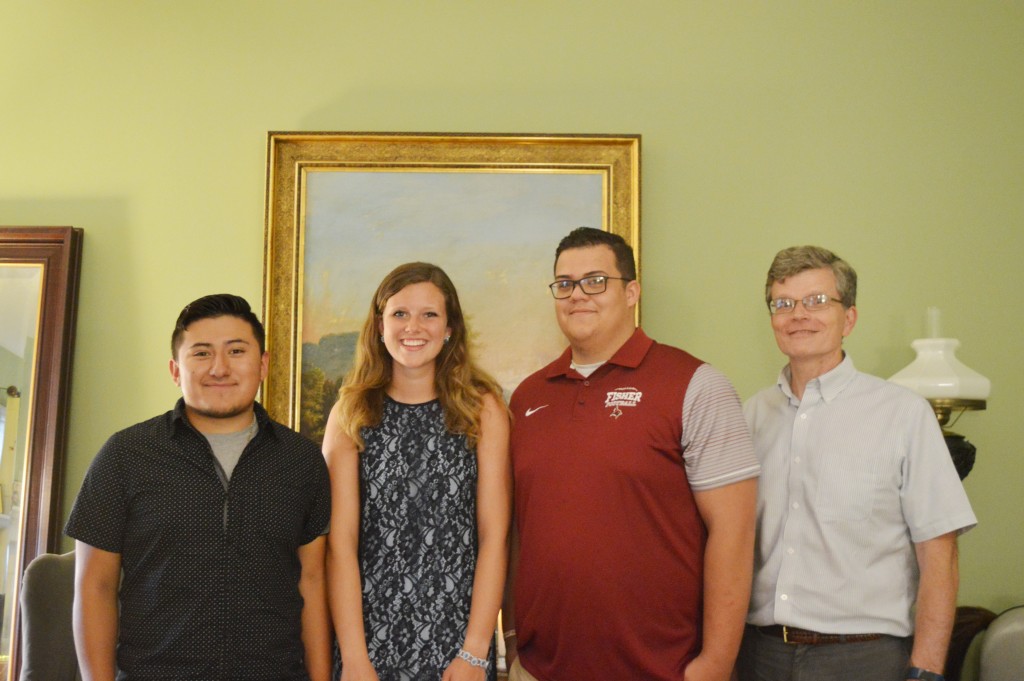 More photos as Foundation Board Members, Donors, Recipients, and their families mingle during the reception: 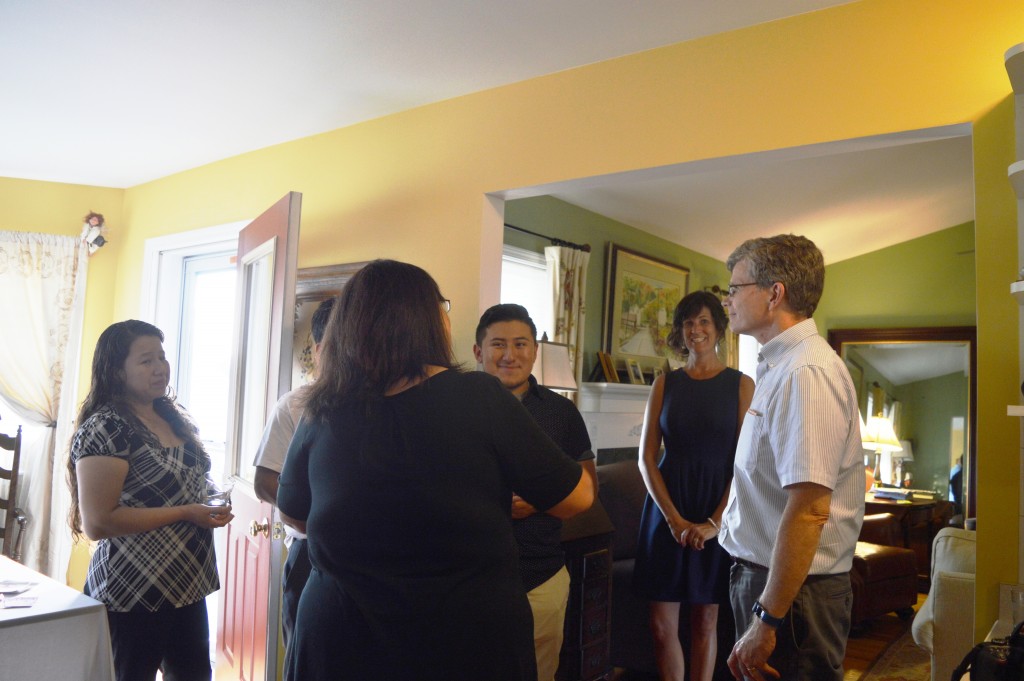 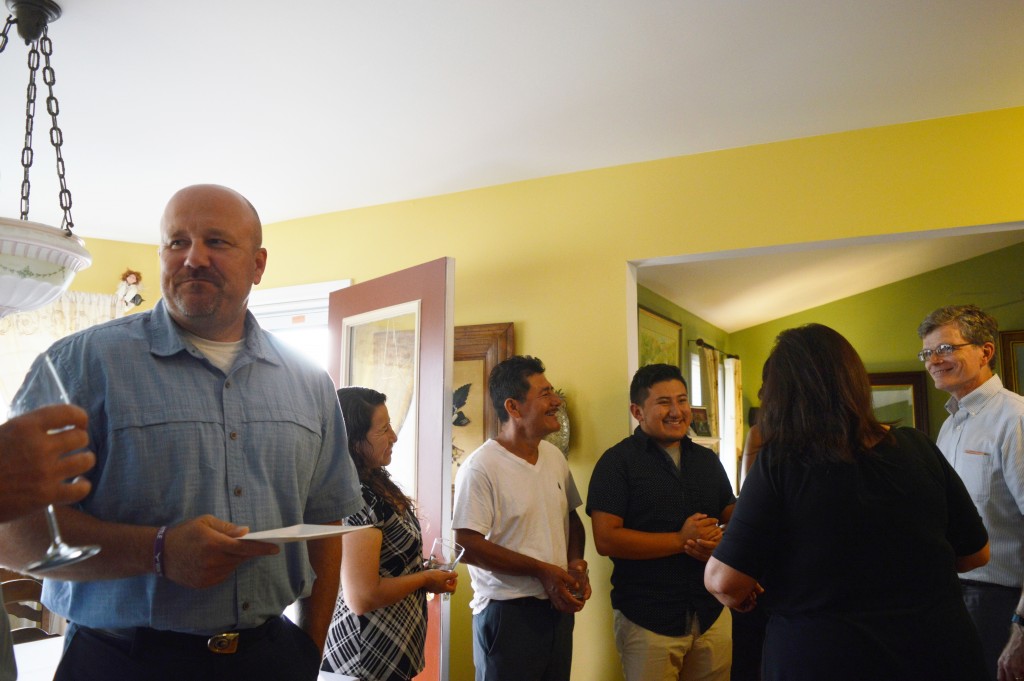 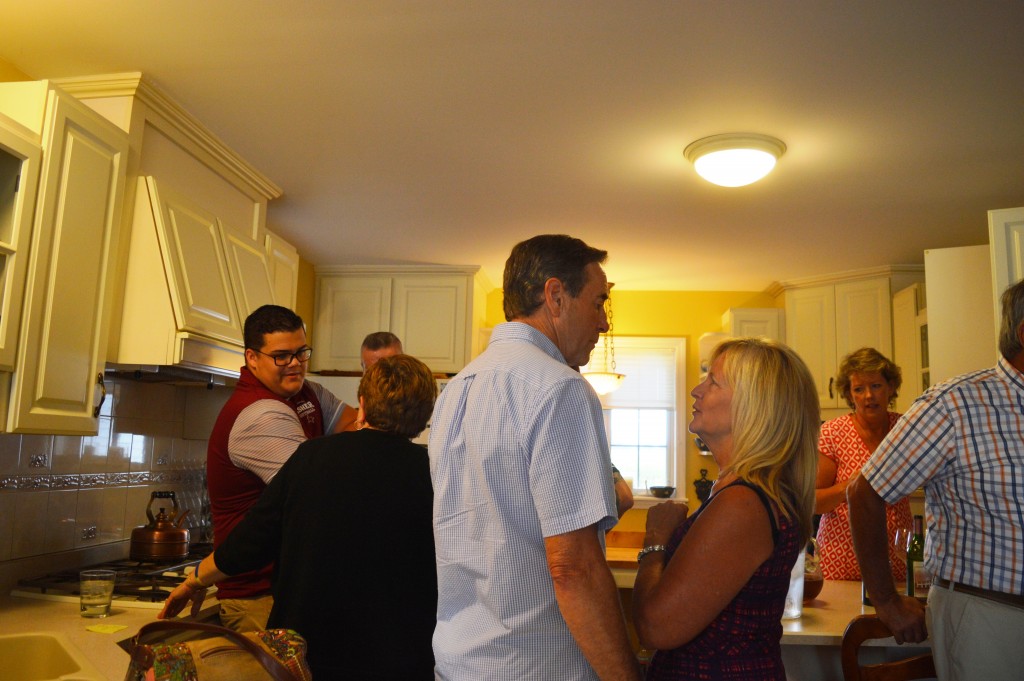 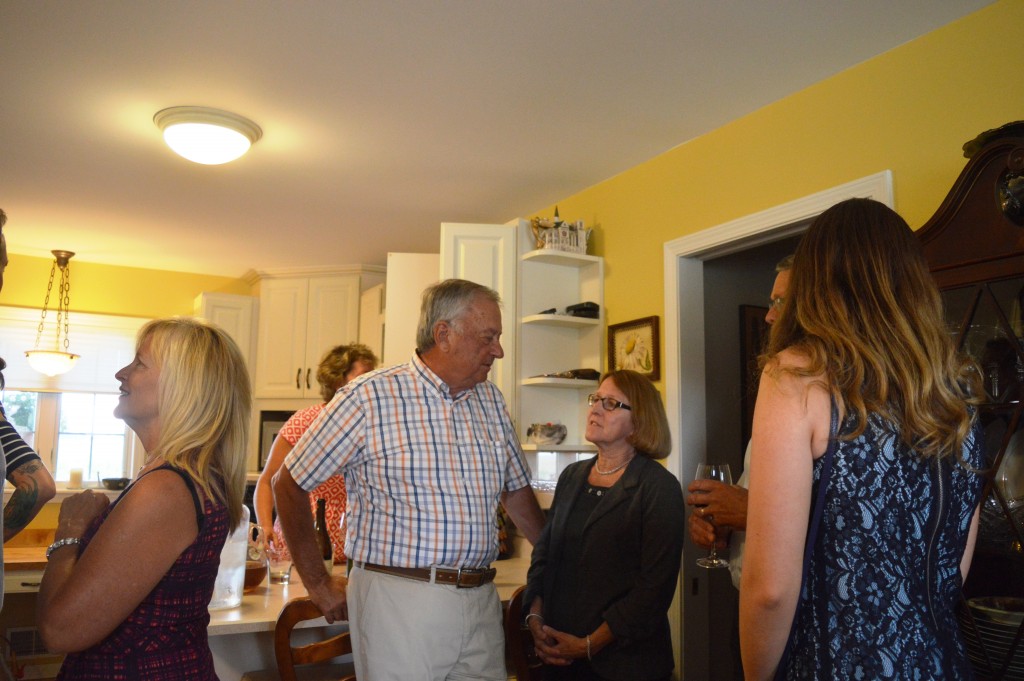 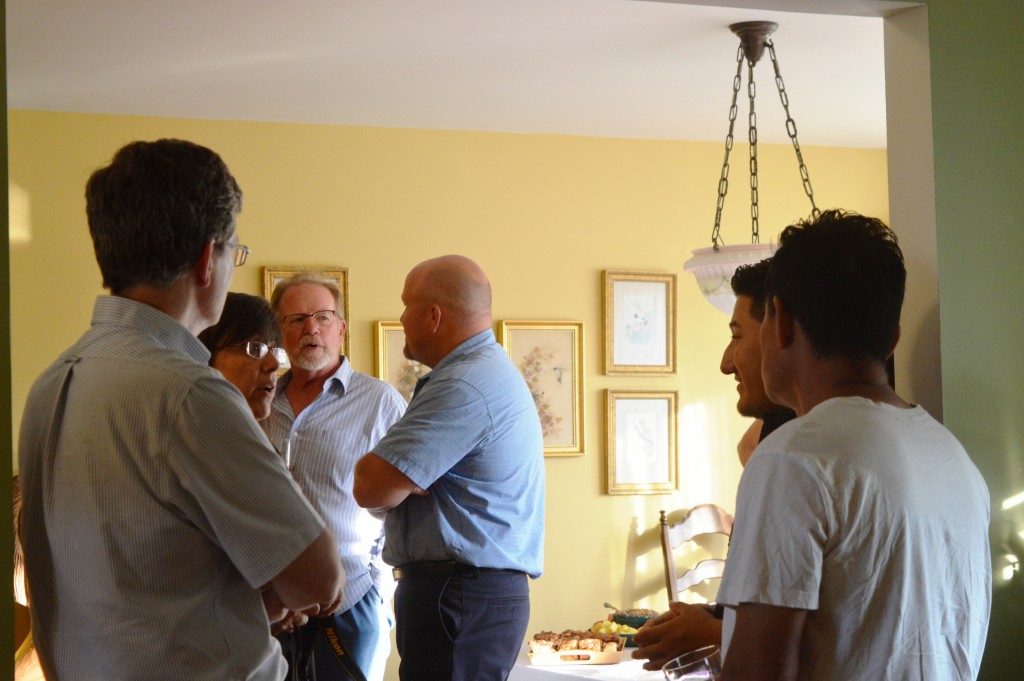 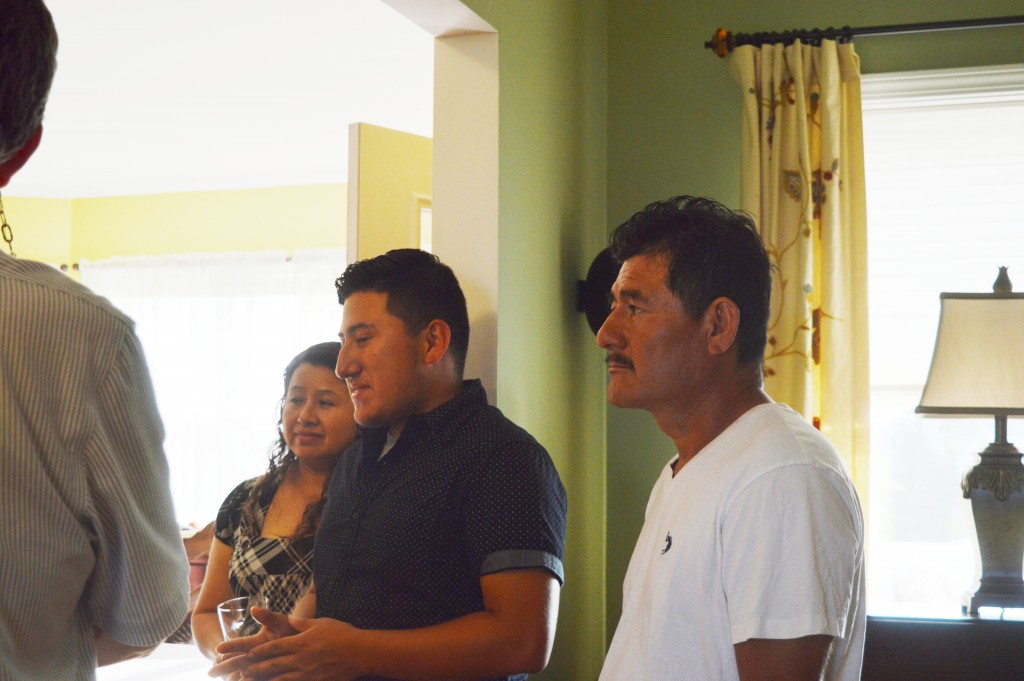 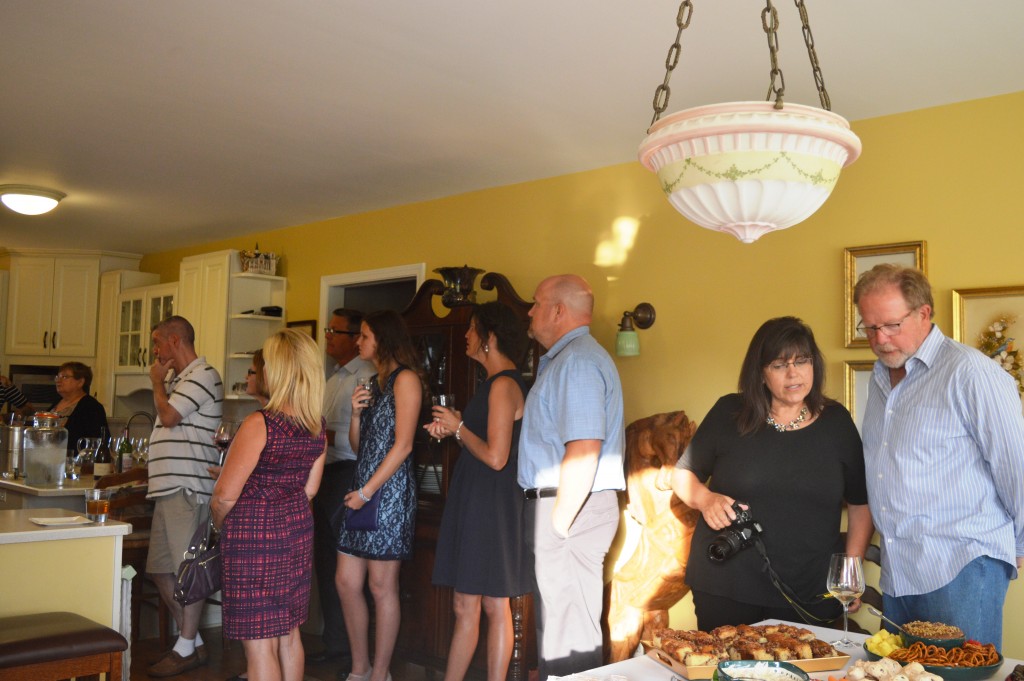 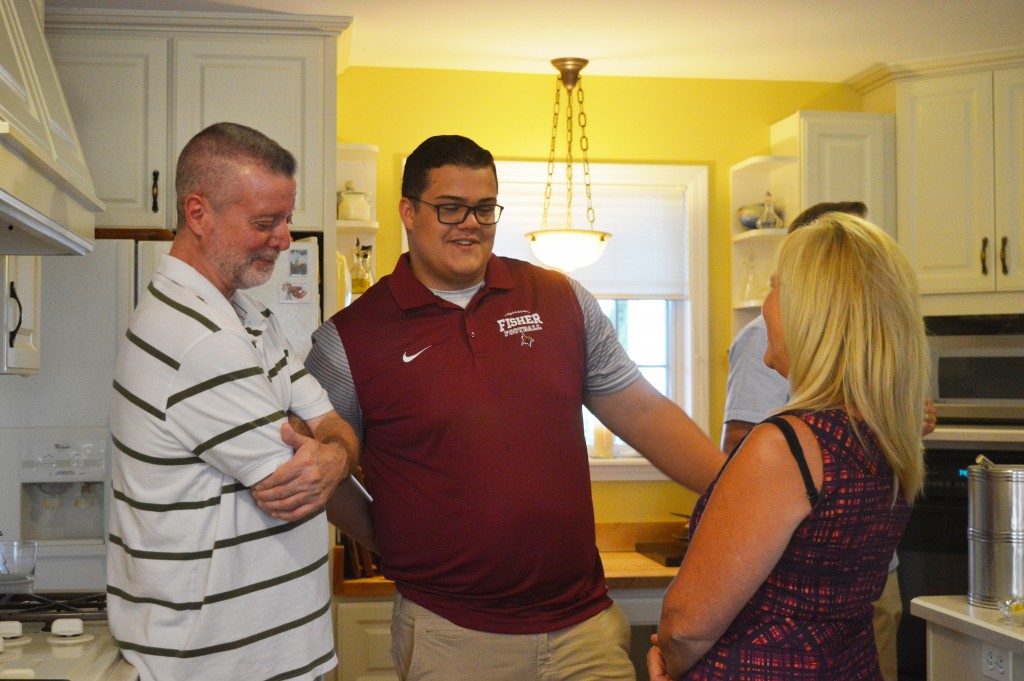 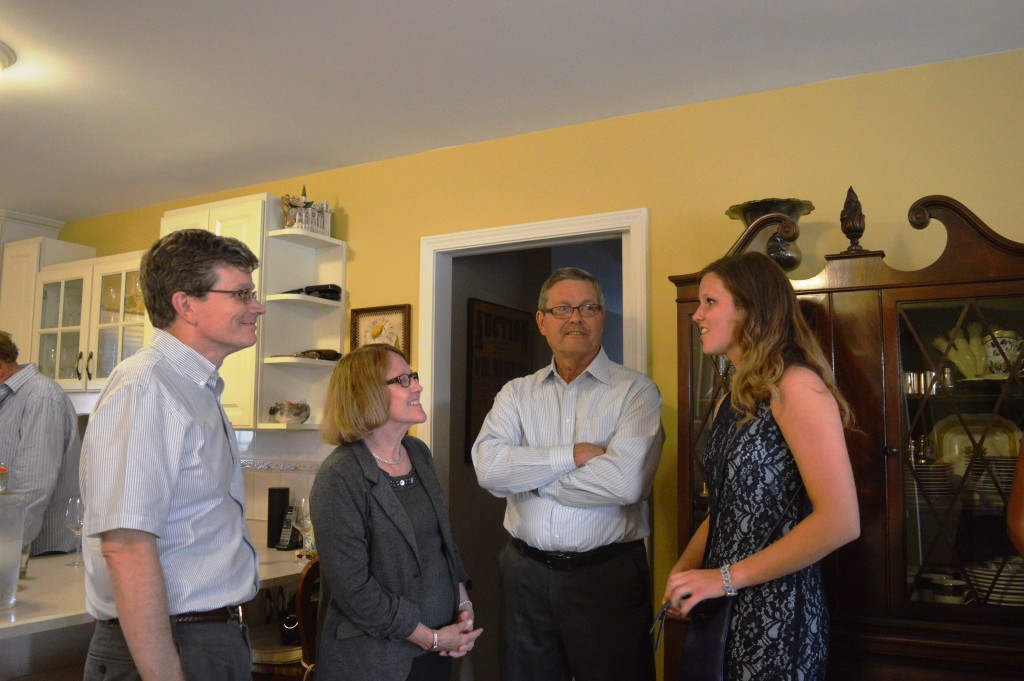 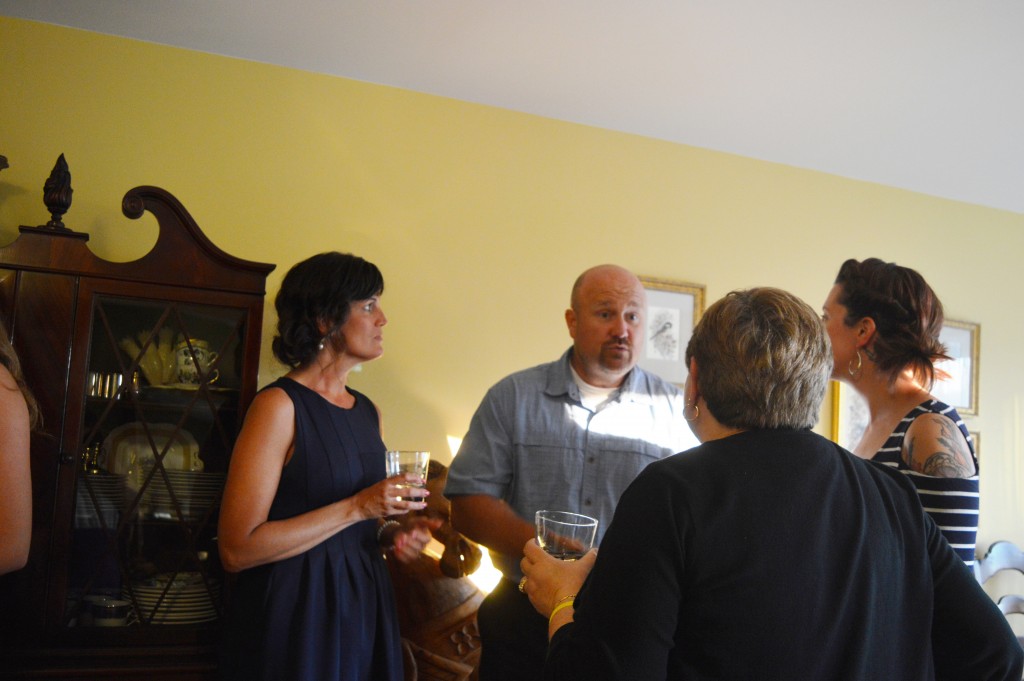 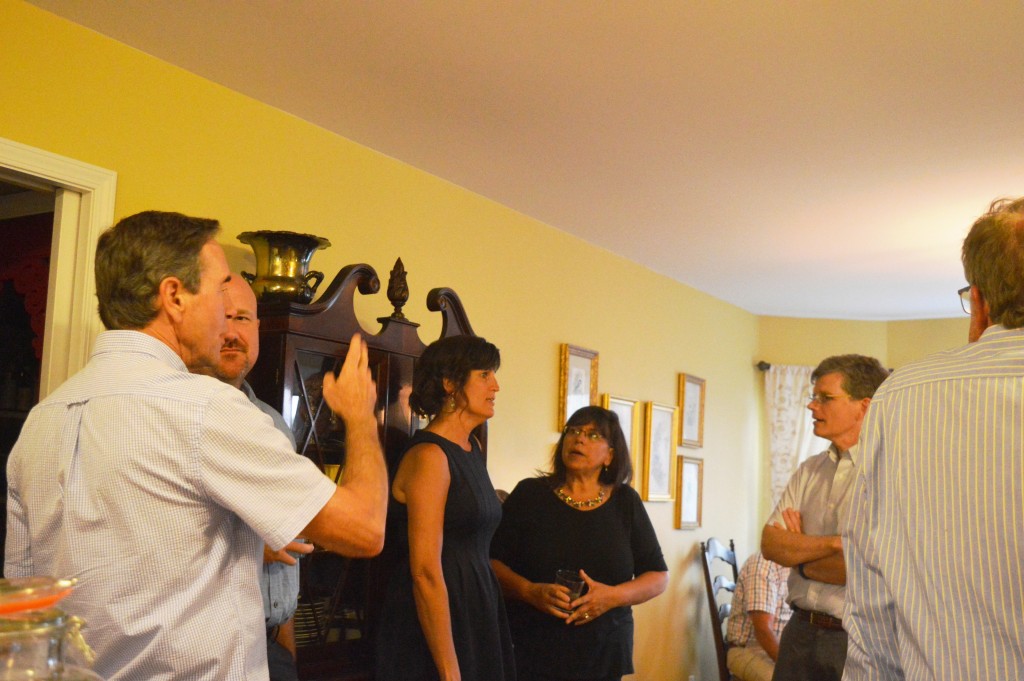 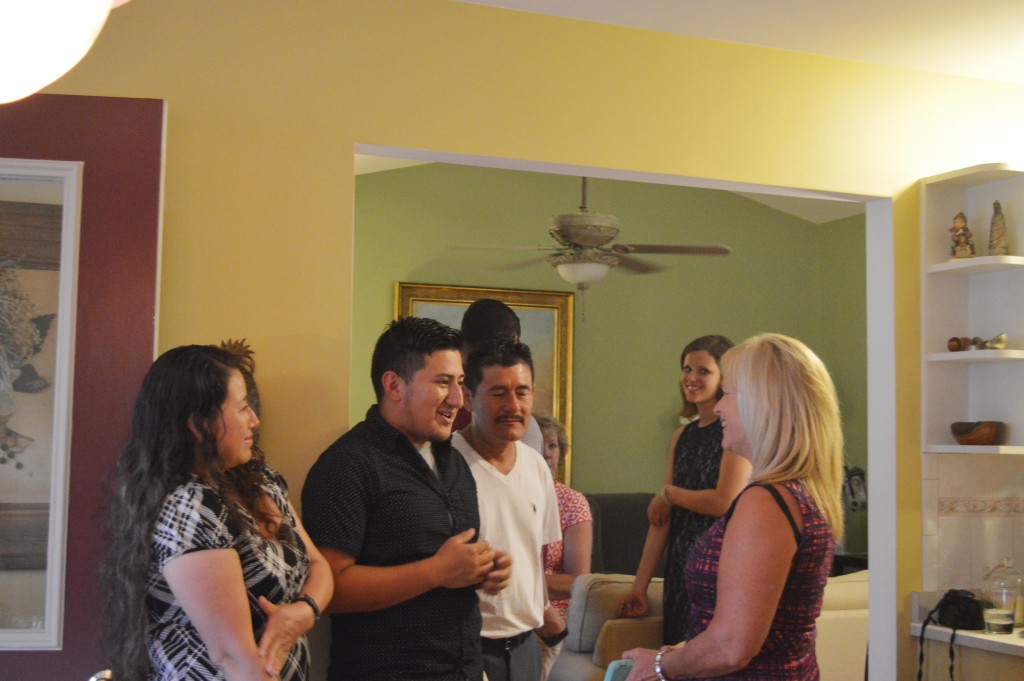 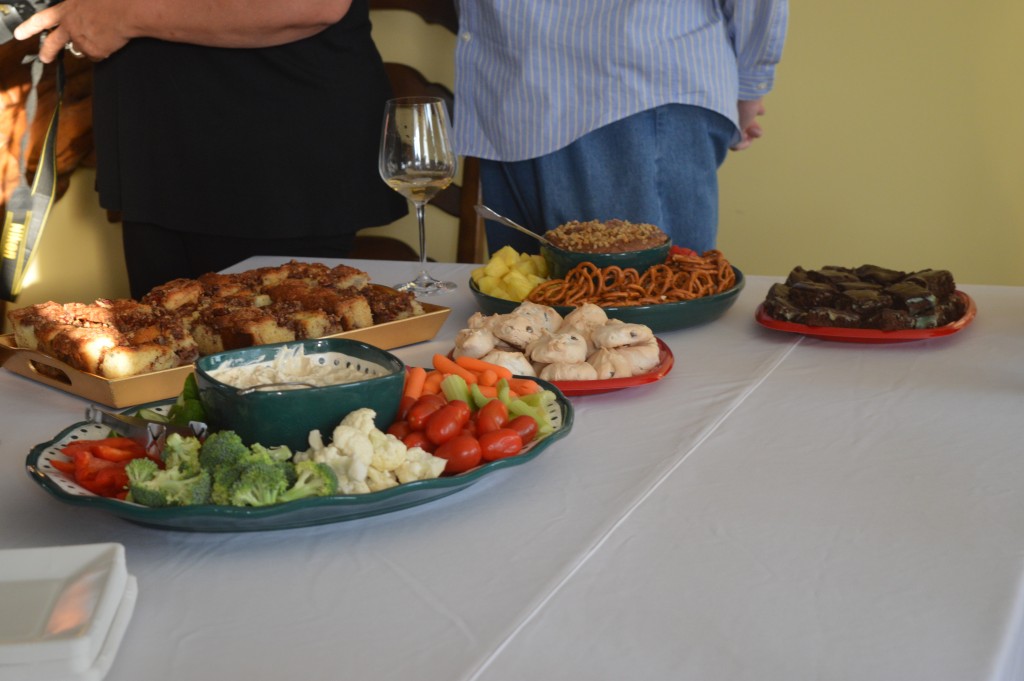 The Albion High School Alumni Foundation extends our deepest appreciation and thanks to all of our generous donors – without you, there would be no Alumni Foundation and scholarship program. We also send our warmest wishes to all of our scholarship recipients for a successful and prosperous future. We also offer our heartfelt thanks to Charlie and Kim Nesbitt for hosting this wonderful event for the second year – your hospitality and lovely home made it a special event for all who attended.